Get fresh music recommendations delivered to your inbox every Friday.

from Sons of Arrakis 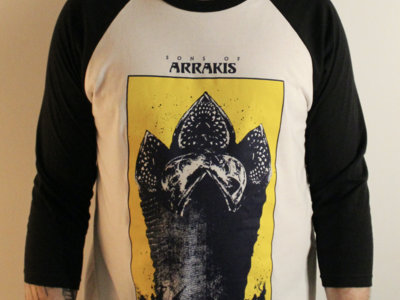 ships out within 7 days
edition of 12  9 remaining

More merch from Sons of Arrakis

Sons of Arrakis (SOA) is a band based in Montreal formed in June 2018. The formation is fairly influenced by the universe of the Dune novels written by Frank Herbert. The members describe their own music as Melange Rock and Cinematographic Sci-Fi Rock which differentiate them from "the vast sea of stoner rock bands with their lightning armor-piercing torpedo" (Grotesqualizer, 2019).
​ ... more